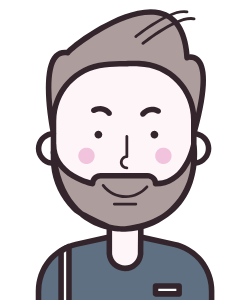 People need hobbies to keep them entertained and inspired. But hobbies are very individualized. Some people like outdoor hobbies like hiking, kayaking, or playing paintball. Others prefer indoor, craft-type hobbies like sewing, painting, or reading. We've created this website for hobby-lovers of all types. Whether you like boating, calligraphy, painting, or something else entirely, you will find articles here that speak to your interests. You might also learn a little bit about other hobbies and types of crafting, inspiring you to try something new. The world of crafting and hobbies is wide open, and we hope you enjoy this information as much as we've enjoyed collecting it.

Reasons To Use Flour Sack Towels For Cleaning
25 June 2021

When you're shopping for a versatile type of towel …

Read More
Heirloom Chatelaines: What They Are And How They Are Used
10 September 2020

Do you enjoy wearing items from the past that crea …

If you have a business, it's important that your b …

Read More
What Are Some Good Reasons To Buy Scrap Gold?
13 January 2020

Did you know that you can buy scrap gold? People a …

If you have a friend or family member that loves c …

When you're shopping for a versatile type of towel to use in different applications around your home, there's a good chance that you'll encounter flour sack towels. This general term describes cotton towels that are reminiscent in appearance of the material that was traditionally used to hold bags of flour. You can buy these towels individually, but it's more common to see them in packages with several towels. One of the popular uses for these towels is household cleaning, so it's worthwhile to buy some to use in this manner. Here are some reasons that flour sack towels are a good choice for cleaning.

No Issues With Lint

Some towels leave lint behind when you perform cleaning tasks with them. For example, if you wipe down a dark-colored surface with a light-colored towel, you might sometimes see small specks of lint after you're done. Flour sack towels are often advertised that they won't create lint, which can make them an appealing choice for a multitude of cleaning projects in your home. This will allow you to clean anything you want with efficiency, rather than have to watch for lint residue when you finish.

When you handle a flour sack towel, one of the first things that you'll often notice is that it's considerably thinner than many other towel types. The thinness is appealing because it means that these towels will dry quickly. For example, if you clean up a spilled liquid with the towel, the material generally won't stay wet for very long. You should be able to hang the towel and find that when you reach for it again just a short while later, it's largely dry and ready to use again.

People often keep cleaning towels tucked inside of cabinets and drawers, but you have more options when you buy a package of flour sack towels. Many people find that these towels have a rustic look that is appealing, which means that you can have fun placing one or more stacks of these towels in specific areas as a decorative element. For example, if you have some open shelves in your kitchen and you use a lot of white elements to decorate, a stack of white flour sack towels on one of the shelves can look good. This approach is also functional, as you can quickly grab the top towel when you need to clean something.

Look online to find flour sack towels that you can use for various cleaning jobs around your home.